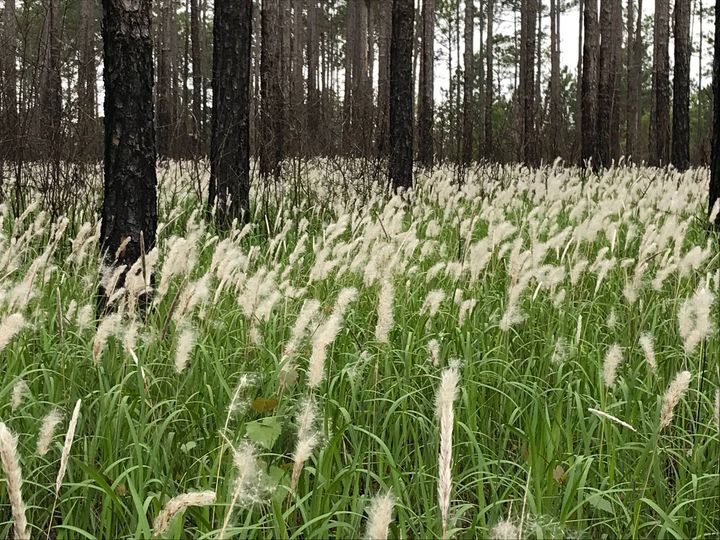 MONTGOMERY, Ala. – It doesn’t look like much at first, a dense field of grass with a few willowy white tufts like dandelions sprouting at the top.

But cogongrass, an Asian-native plant, is spreading fast across Alabama and costing landowners millions.

Cogongrass chokes out forests and hunting lands, threatening habitats. It inhibits the growth of other plants and ruins pasturelands, as livestock have trouble eating or digesting it. The weed is also highly flammable and increases the risk of devastating wildfires.

Cogongrass doesn’t grab headlines like the new invasive species of giant spider, but for landowners in south and central Alabama, the fluffy looking plant can be a big problem.

“According to the U.S. Forest Service, [cogongrass] is one the 10 worst invasive weeds in the world,” said Alabama Forestry Commission cogongrass coordinator Owen Andrews.

Andrews heads the Alabama Forestry Commission’s work to battle cogongrass in the state, working along with the U.S. Department of Agriculture, the Alabama Cooperative Extension and others.

The biggest problem with cogongrass is that it tends to crowd out other plants wherever it takes hold, and creates dense mats where nothing else will grow. The plant sends out rhizomes — those underground stems that sprout new shoots of grass along the way — that are actually sharp enough to penetrate the roots of other plants, stabbing out the competition underground.